I hadn’t been on a road bike in quite a while, and it was good to take one out again, even if it wasn’t geared quite to my liking. I had been camping all summer with my fatbike in tow, so this last trip up north I threw my commuter on the rack for a change of pace.

Commuter spec is typically whatever you find in a drawer, which is befitting this Salsa Casseroll – a frame I found for $250 on a forum, paired with some old cyclocross 1×10 running gear. A Thorne 44t chainring on a CX70 crankset, an Ultegra 11-28 cassette, and the requisite 6700 accompaniments. It’s a setup I use around town to get to work, but had yet to be particularly adventurous with.

Camping only two miles down the road from one of the north country’s many fabled passages – Tripoli Road – the decision was made. I’d never seen this road in my years of riding up here, so whether or not I was geared for the task made little difference.

Tripoli opens as a beautiful, flowing road with modest grades. It is serene and exactly a place to be at 7am on a summer weekday morning. There’s no one here yet, except you. I absolutely took that in. I can’t remember the last time I was on a bike and just used it to escape. You forget just how therapeutic these experiences are. The sound of nothing but natural ambiance, and a squeaky left SPD.

In the time I’ve spent aboard the Casseroll, it has been pleasing in terms of ride quality. I’ve never found it heavy, or heavy feeling for that matter. My carbon frames have never felt particularly substantial – they’ve been hollow feeling and uninteresting – so even for a lower spec cro-moly frame and fork, this Salsa defies expectations. It is a lively climber. It’s not a particularly “quick” feeling bike, which could be my only reservation. Whatever. 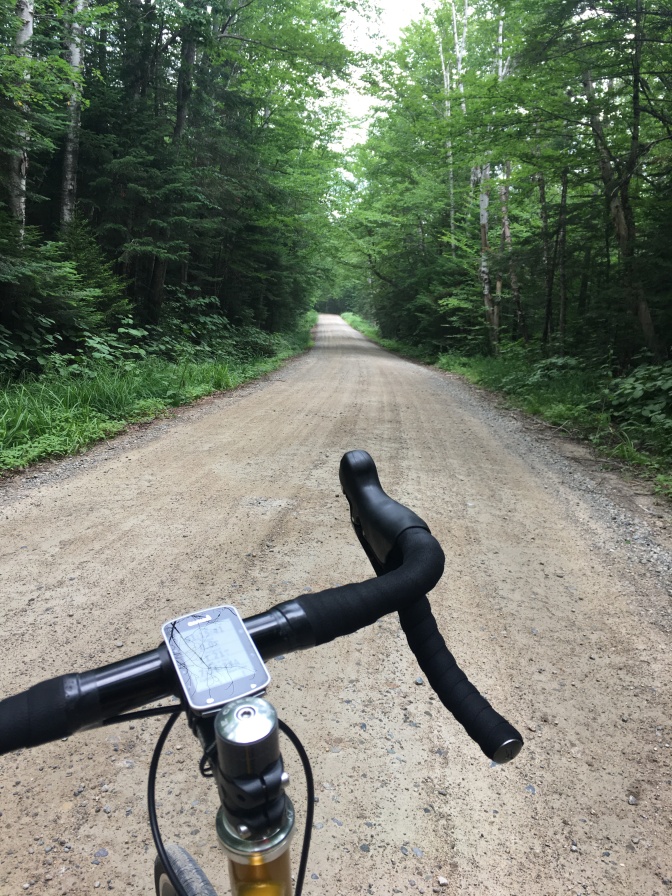 I knew this road would turn to dirt at some point, and my concern was whether or not I had the tires for this ride. I questioned repeatedly if these 25mm Continental 4 Seasons at 80psi would be adequate, and reminded myself over and over that I spent many years riding 23mm tires at 120psi on these roads when I first started, and that I’m still alive. If I could ride such an inadequate spec up and down six gaps, I’d probably survive the day with something slightly more forgiving.

Having no sense of where the climb ended, I climbed. My sometimes terrible instincts told me that as the grade picked up and became unforgiving, the summit was near. At least today, those instincts would prove correct. 44×28 was a bit of a workout over the final few miles of this road, but staying seated kept the rear tire in contact with the earth, and we had a healthy 45 minute sustained climb in the bag before breakfast.

It’s always fun to determine what fraction of the time you spent climbing it will take to descend. The condition of the dirt and the width of my tires would dictate that pace, which was generally spirited, until it wasn’t and I pinch flatted.

HED Belgium rims are so easy to work with. Rather than turning a tire change into a stress fest, you can take your time, push the bead back on without a tire lever, and return to business with confidence.

It’s a short road, but more time and planning could have meant a great loop up and over Tripoli to Waterville Valley; an excursion I look forward to, and wish I had made time for. When I’m traveling with my family, I never make it about bike rides, so I’m generally just finding saddle time and stumbling into something.

I have several great “road” bikes right now, but can’t seem to find the right one. This Casseroll is not far off, but really needs two chainrings. Pretty cheap to remedy that, but it also lacks disc brakes, which I really appreciate descending mountains with.  My Crux has such brakes, but that bike is geared with a 40t single front chainring, and despite deep carbon wheels, just never seems fast to me, as road rides on that bike are entirely high cadence. I still hold onto my Van Dessel Rivet, which is light as a feather, but is very stiff and won’t take a tire larger than certain species of 25mm. I think I’m after a cross bike with a big ring, but I fear that isn’t really a thing. I’ll spend the summer sorting it out.