The time trial is known as “the race of truth”.  The only truth I can tell you about racing the Kanc, on a bike with only one gear, is that it sucks!

Why I continue to subject myself to it is a mystery, except it is not.  I approached the race director in 2008, asking if he would create the singlespeed category.  It’s so unique and brutally difficult, and every year I train, hoping this is the year I win and I never have to do it again.  Until then, I carry the torch I asked for.

Ask me about the one time in the last ten years I completed this race feeling like I did something right. It was 2010 – seven years ago.  A time in my life where absolutely nothing had happened yet, and everything was waiting to happen.  I turned myself inside out in that race, wholly focused on what I was there to do, undistracted.  Focused.  Determined.  The results asserted that I won that race, until I had them corrected to reflect that I was actually second best on the day.

In another year, my grandmother would pass away unexpectedly, marking the end of the period in my life in which cycling was something I gave everything for.  After this, there were no more all-day rides.  No more selfless devotion to sport.  My center was refocused.  Time was a commodity that I never saw the same way again.

We had a child, and my world was new.  In the gleaming wonder of that new life, a stream of ensuing loss.  My thirteen year old cousin.  My remaining grandmother.  My aunt.  A close friend’s father.  A dear coworker.  All to cancer.  The unexpected death of one of my closest friends in high school.  These events serve to bind me in ways that will never release me back to cycling as I knew it before.  At least, that is what I believe, today.

Here I sit, days away from the 2017 edition of this race, considering if I have done enough.  I’m confident I have not.  Thinking back to previous years, and my personal bests, and recognizing the salient milestones of suffering that made those possible.  This year, I can identify no such pillars of work.  My time now is invested 2-3 days a week training alongside my daughter for a black belt in Kenpo.  I rode only casually this year; once a week at best through the winter, and then was sidelined for two weeks with the flu in March.  I rebounded for four honest weeks of training, and then a two week taper for this race.  This, is not enough time to get into bike shape. 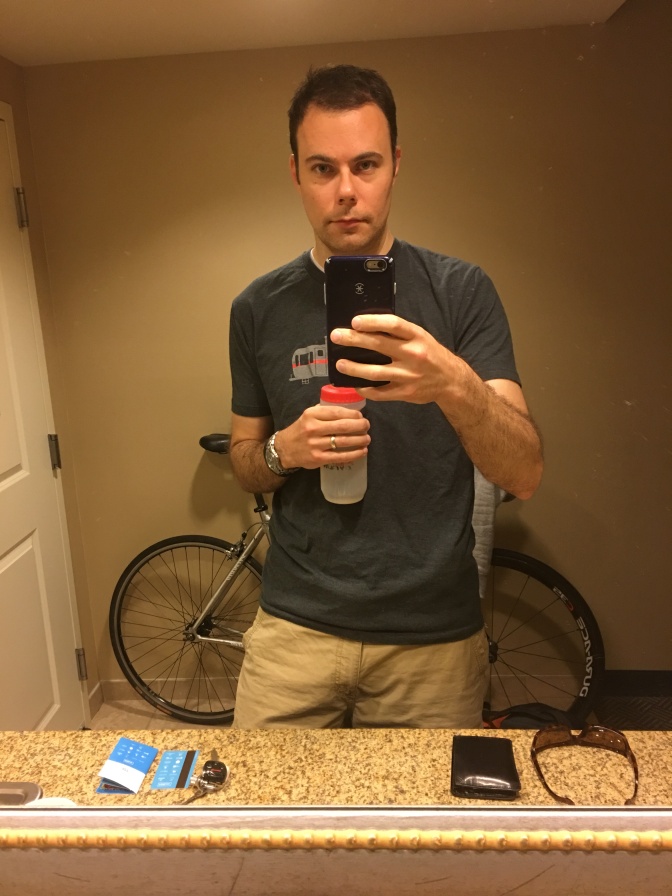 Saturday arrives, and I felt great.  I’ve tapered well, I’m healthy, I slept about as well as could be expected, I had a reasonable breakfast.  The bike gave me no surprises.  My plan was to give it hell for the first hour and then just hang on for the final 4.5 mile climb, which I feel like is my only strategy. 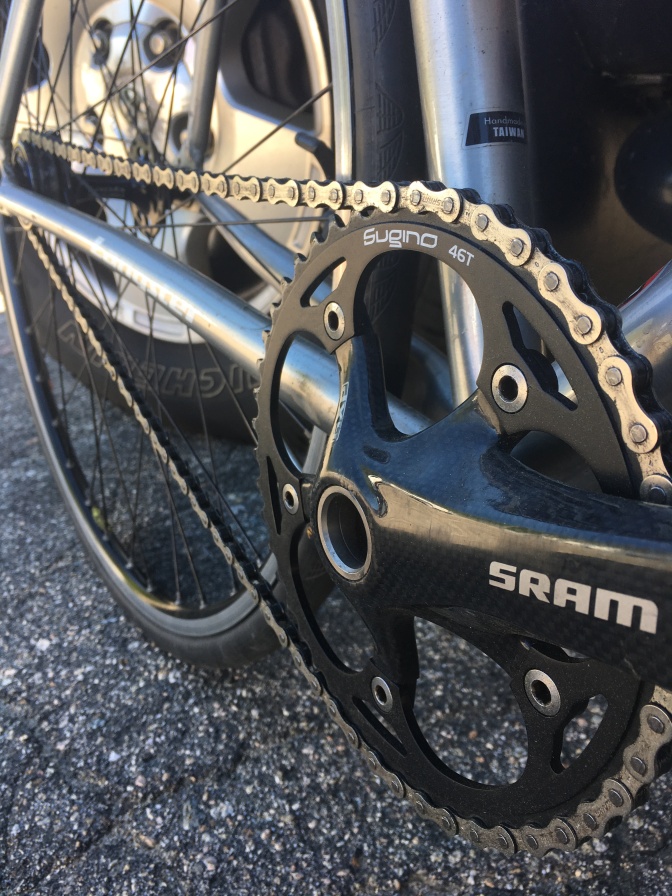 I started last in our field of five, which I prefer.  The top two guys went off a minute ahead of me, so my job is to ride my ass off and hope to keep them in sight.  We were all similarly geared, so they were either going to decimate me or be taken by surprise by their gearing.

I was definitely riding as hard as I could.  I confidently said that to myself about halfway into this race, which is reassuring – even when you know you’re not at your strongest.  My HR looked great for a while, maybe for four miles.  After that, it dropped kind of precipitously; down about 10bpm, until I reached the final climb.  Four years ago, when I PR’d, it didn’t do that.  Because I had legs!  When you have legs, the motor just runs free – wide open – until you crack.  That wasn’t today, and it wasn’t a surprise.

I never saw one and two.  At least twice, maybe three times, I was sure I was reeling in the second place rider, Forrest Brock.  And each time as I drew close and passed, it was definitely not him, but a geared bike racer wearing similar colors.  The eventual winner, Jonathan Meuse – a guy riding my exact bike but six hundred sizes smaller – I knew before this race even started he was a machine and taking the whole thing.  In the final results, Meuse was ten minutes ahead of my PR; Brock was five.  I was five minutes off my own PR.  In another year I could have made it more interesting, but nothing would have changed.

I have a pretty good collection of these mugs at this point, and all of them say 2 and 3.  One year it will come together.  I’ve been close a few times, this not being one of them.  Hats off to the entire singlespeed field this year.  It takes serious brain damage to want to enter this category.